A recent decision by the Senior Divisional Officer for Menchum Division, North West region of Cameroon, banning the burial of any person declared dead out of his area of command in a bit to check the importation of COVID-19 has sent tongues wagging in and out of the Division. In a release signed on May […] The post Cameroon/COVID-19 scare: Menchum SDO bans entry of corpses into division appeared first on Daily News.

Pupils and students of examination classes across the country returned to school on Monday, June 1 for the third term in strict respect of the measures in place to fight against the Coronavirus. Though it was a successful return in the other regions of the country, that was not the case in some parts of […] The post Cameroon:’Ghost towns’ frustrate school resumption in Bamenda appeared first on Daily News. 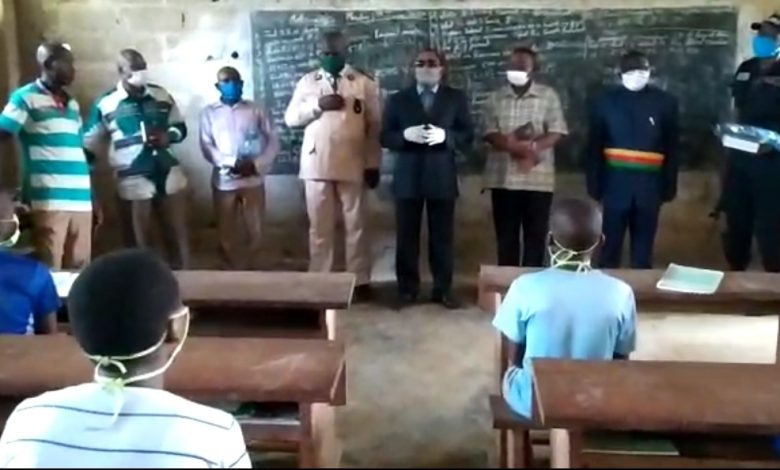 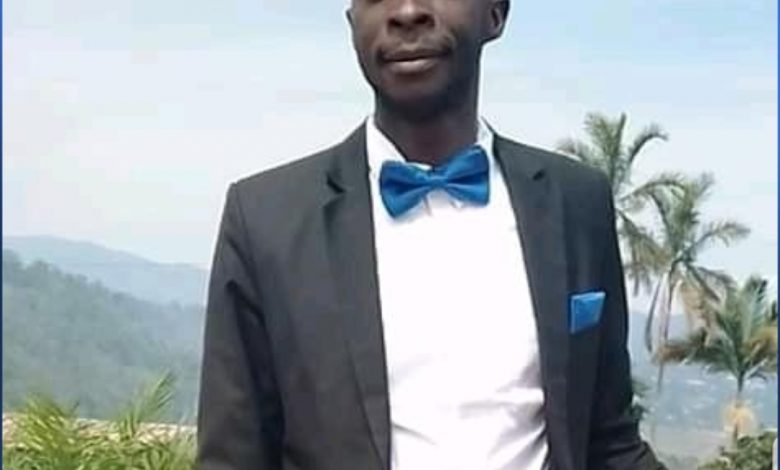 Deutsche Welle’s correspondent in Bamenda, Cameroon’s restive North West region, Jean Marie Ngong Song is currently receiving treatment for injuries he sustained after being beaten by government soldiers on Sunday. Jean Marie says his “head hurts” after the soldiers got him “well beaten with their bare hands”. Jean Marie had just rounded up an ex-students’ …

May 30th: The day that Cameroun secret service officers kill Bishops and dump their bodies in rivers

Late Bishop Bala’s vehicle was found on the Sanaga Bridge in Ebebda on the 30th of May 2017. Inside the vehicle, a note with the words “I am in the water” was crafted by the French Cameroun secret service officers who reportedly murdered him. Bishop Bala’s car was a white Toyota Prado that had his personal belongings. […] The post May 30th: The day that Cameroun secret service officers kill Bishops and dump their bodies in rivers appeared first on Daily News.

Dr. Ntoh Daniel Balengka, Mayor of Ndop Council has said all those respecting orders from “armed separatists and bandits” will face the full arm of the law henceforth. In a communiqué signed Friday, May 29, 2020, the Mayor revealed that a vast majority of economic operators in Ndop, the administrative seat of Ngoketunjia Division have […] The post Anglophone Crisis: Mayor of Ndop declares war on “Ambazonian tax collectors” appeared first on Daily News.

How school feeding persists in spite of Cameroon’s coronavirus closures

Teachers are working with the World Food Programme to provide vulnerable pupils with critical take-home food rations Story by Glory Ndaka ReliefWeb | It is midday in Meme, a small village some 40 km away from Maroua town, capital of Cameroon’s Far North Region. Since March, schools all over the country have been closed in response to […] The post How school feeding persists in spite of Cameroon’s coronavirus closures appeared first on Daily News.

Government raids have displaced people, increasing risks of transmission. Separatist attacks have impeded humanitarian and public health efforts. For every region and society it has affected, COVID-19 has presented a myriad of demanding challenges. In areas at war, the dangers are perhaps even more complex and acute. This is the situation facing Cameroon’s two English-speaking […] The post Cameroon: Fighting Continues in Anglophone Cameroon Despite COVID-19 Concerns appeared first on Daily News.

Panic inside Etoudi: here is the emergency message from Brenda Biya to Cameroonians

The moving of Brenda Biya in relation to the deterioration of her state of health revives the debate on the supposed death of the President of the Republic Paul Biya despite his address to the nation on the eve of the celebration of the feast of Unity national. In fact, in a short video posted […] The post Panic inside Etoudi: here is the emergency message from Brenda Biya to Cameroonians appeared first on Daily News.

New York Times | DOUALA, Cameroon — A fire tore through an overcrowded maximum security prison in Cameroon’s port city of Douala on Thursday leading to the hospitalisation of three prisoners with serious burns, a local fire chief said. Firefighters backed up by police were able to contain the blaze and stop it spreading beyond New Bell […] The post Fire Rips Through Crowded Cameroon Prison appeared first on Daily News.

Reporters Without Borders (RSF) is extremely concerned about the fate of a TV presenter known as Samuel Wazizi in Buea, the capital of Cameroon’s English-speaking South-West Region, who has not been seen alive since shortly after his arrest in August 2019. Like his lawyers, RSF wonders whether he will finally be produced in court today. […] The post Cameroon: Will TV Presenter Finally Be Produced Alive in Court Today? appeared first on Daily News.

Interim Government Statement on the Threats to Archbishop Andrew Nkea’s life. 30th November 2017, is on record as the day French Cameroun president, Paul Biya, instructed his army to launch an extermination campaign on the people of Southern Cameroons (Ambazonia). His purpose and ambition have proven to be unwise, dishonourable and counterproductive. Army loyal to his […] The post Threat against Archbishop Andrew Nkea: Ambazonia Interim Gov’t gives warning appeared first on Daily News.

Yaounde: Controversy as man dies in a “place of worship” 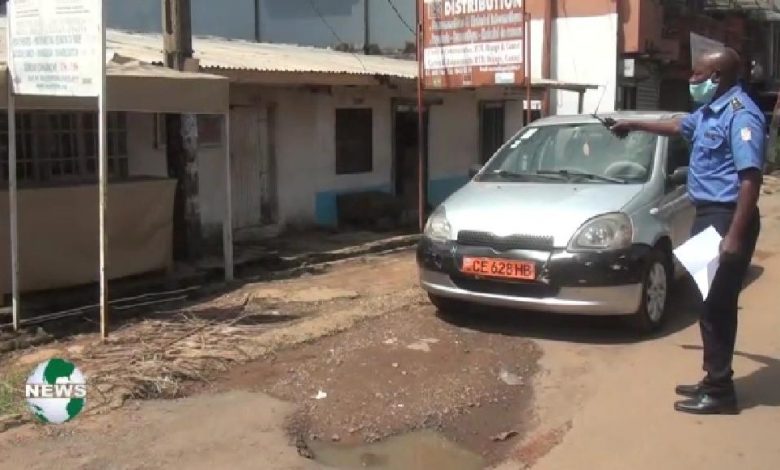 The body of a man reportedly retrieved from a place of worship in Yaounde has been laid to rest but there is still controversy over how and where he died. An association known as “Cameroon Youth For Jesus”(CYJ) Yaounde branch has distanced itself from media allegations that the man in question died in their place …

The leader of the Cameroon Renaissance Movement, Professor Maurice Kamto has warned a mutual succession at the head of the country will not be accepted by Cameroonians. Cameroon’s President Paul Biya is in the second year of his seven-year mandate he picked up at the October 2018 Presidential polls, though Maurice Kamto-who was declared runner […] The post Cameroon: Kamto issues warning over Biya’s succession appeared first on Daily News. 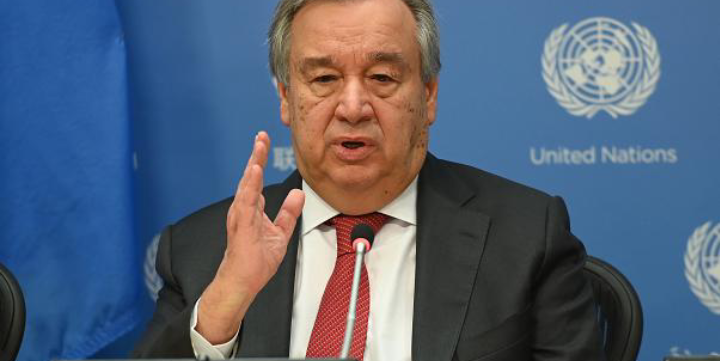 The Secretary General of the UN has urged leaders of African countries to heed his call for a global ceasefire. In his Africa day address on Monday, Antonio Guterres raised several issues plaguing the continent, urging its leaders to take action. With regards to the coronavirus, Guterres says: “African countries, like everyone, everywhere, should also … The International NGO, Reporters Without Borders, RSF has asked the United Nations special rapporteur on the right to health to urgently seek the release of detained ex-State media Director General, Amadou Vamoulke on grounds that he could contract the deadly Coronavirus pandemic in prison. Based on a report published by Amnesty International on the situation […] The post RSF petitions UN to seek release of detained Amadou Vamoulke “exposed to COVID-19” appeared first on Daily News. 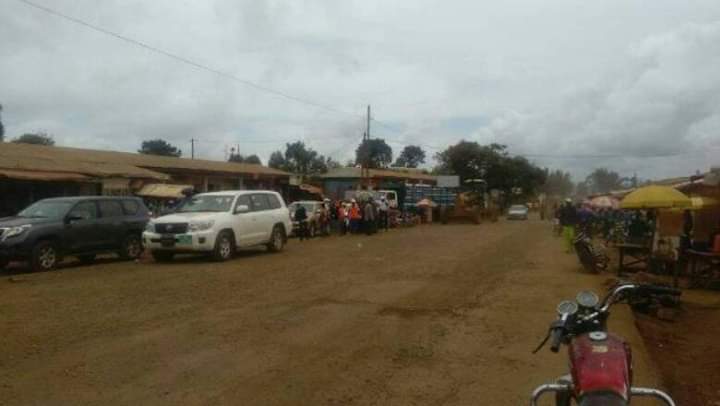 Elements of the National Gendamerie have intercepted a truck transporting foodstuff and marijuana at the Sabga hills in the Ngohketunja Division of the North West Region this Saturday May 23rd, 2020. Local sources say the cargo truck had among other foodstuffs beans, potatoes, maize and some 45 bags of Marijuana hidden in the foodstuffs that …

Basketball – Before Pascal Siakam Played, Some Conditions Should Be Fulfilled

Current NBA champion Pascal Siakam continues declaring his love towards his country, Cameroon, while regular season of the championship is suspended due to coronavirus pandemic . We all remember the joy of Spicy BP after raptors won the trophy NBA title last season . The 2019 NBA MIP jubilated with the flag os his dearest […] The post Basketball – Before Pascal Siakam Played, Some Conditions Should Be Fulfilled appeared first on Daily News.

Ambazonia: Vice President Yerima speaks of the coronavirus, Barrister Shufai’s health and the killing of the Mamfe mayor

The exiled leader of the people of Southern Cameroons Vice President Dabney Yerima has told the Voice newspaper in Yaounde that the government of La Republique du Cameroun will bear full responsibility for any negative aftermath if coronavirus claims the life of any Ambazonian in their detention facilities. Below is the full conversation the Ambazonian […] The post Ambazonia: Vice President Yerima speaks of the coronavirus, Barrister Shufai’s health and the killing of the Mamfe mayor appeared first on Daily News.

French airliner, Air France will on Monday, May 25 resume commercial flights to Cameroon, the Central African state has announced. In a statement released on Thursday, Cameroon’s Embassy in France said the first flight will take off from the Paris Charles De Gaule to the Yaounde-Nsimalen airport. Th Chargé d’Affaires at the Cameroon Embassy i France […] The post Air France resumes commercial flights to Cameroon on Monday appeared first on Daily News. 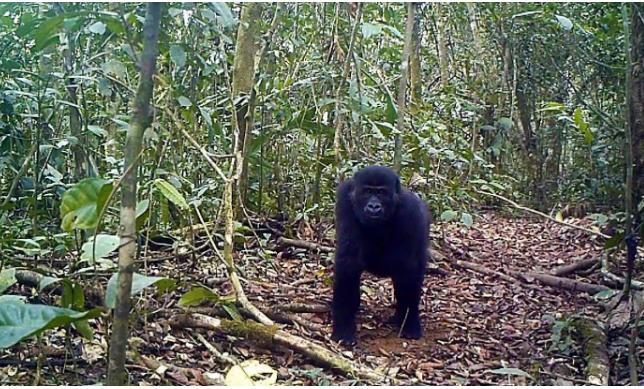 Two orders signed by Cameroon’s Minister of Forestry and Wildlife on February 4 proposing the classification of two forest management units for timber extraction in the biodiversity hotspot, the Ebo forest is generating controversy. The units combined total 1,296 square-kilometres, nearly the entirety of Ebo Forest. The 1,500 square-kilometre forest in Cameroon’s Littoral Region is …

Cameroon is marking its national day Wednesday under coronavirus restrictions and amid ongoing clashes between the military and anglophone separatists.? President Paul Biya has spoken publicly for the first time about the pandemic. Cameroon’s president, Paul Biya, broke his silence on the coronavirus pandemic Tuesday night in a televised address to mark the country’s national […] The post Cameroon: COVID-19, Separatist Fighting, Overshadows National Day appeared first on Daily News.

Cameroon: Where Is President Biya? COVID-19 in Cameroon

Confirmed COVID-19 cases are rapidly increasing in Cameroon. Yet, the president has barely been seen. As the COVID-19 pandemic spreads around the world, many national leaders have become more present in their citizens’ lives. They announce new emergency measures, hold regular press briefings and attempt to reassure the population. Not so in Cameroon. President Paul […] The post Cameroon: Where Is President Biya? COVID-19 in Cameroon appeared first on Daily News. 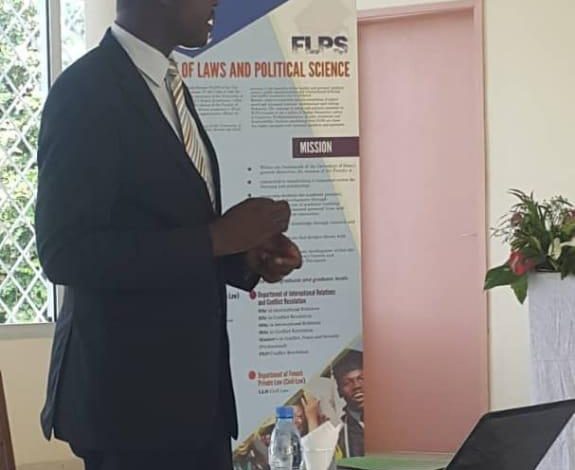 By Atia Azohnwi Munjah Vitalis Fagha bagged home a PhD in Political Science from the University of Buea Saturday, May 16, 2020 after a thesis defense in which he made recommendations that could see an end to the socio-political situation in the North West and South West Regions. The thesis titled “The African Peer Review … 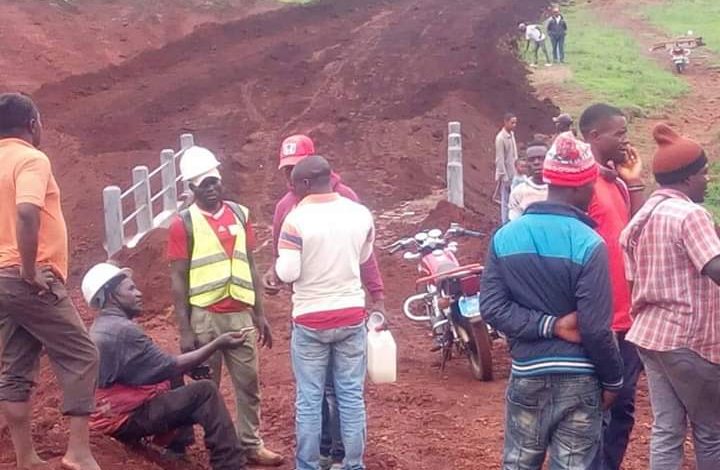 After close to four years of retarded development caused by a bloody armed conflict, some rural road construction projects have resumed in some villages in the North West and South West regions of Cameroon. The digging of the road linking Binjeng Village to Bih, Saah, Binshua and Binka villages in Nkambe Central Subdivision, Donga Matung …

Taxi drivers in Mile 17, Buea are protesting against the police stationed in the area. The protest a source says started when an officer harassed a driver. “He (the driver) revolted and other taxi men joined him” says the source. “The members of the Rapid Intervention Battalion (BIR) at mile 17 saw everything that happened …